What does Bigfoot and a Thank You Letter have in common? 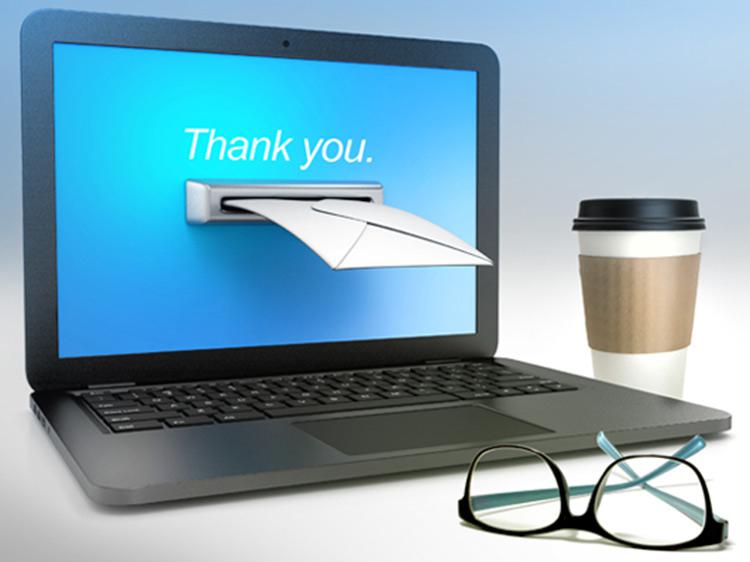 Well, as strange as it may seem, both are considered extinct but there are reports of occasional sightings which keeps stirring up all the usual controversy but no definitive proof exists.

History does tell us that at one time in our history, Thank You letters were as common as the Black Plague. Over time, the way we do business has changed, becoming more focused on financial wealth instead of the old “people first” approach. Granted, many small businesses still enjoy that sense of small-town community, but the world as a whole has evolved.

What purpose does a Thank You letter serve in today’s human resourcing world? Other than a quaint reminder of a period in our history where such superfluous pleasantry was commonplace, there is no impactful purpose. In fact, it never served an impactful purpose.

Many websites still mention Thank You letters, but like much of the information on the Internet, it does not reflect the current needs of the ever evolving world of Human Resourcing. Imagine the following as it might be written today. “Dear Mr. Smith ….. I wanted to thank you for not hiring me after our lengthy interview. I came to realize that I dodged a bullet in not being hired and for that I am truly grateful.” Disclaimer: I do not suggest writing a letter of this nature as it may get you blacklisted in your industry.

If a Thank You letter is to be written, then at the very least, modernize it to work for you within the current trends of Human Resourcing. A possible scenario may be to write one within two days of the interview, but instead of thanking them for the interview (old-school), write about what you learned of the company and the role you applied for. Perhaps mention how interested you are in being part of that team so you could contribute to their success. A Thank You letter likely will not tip the scale in your favour, but it would be a rare courtesy.

In the mean time, keep up with the evening news for the latest sighting of Bigfoot.

< Back to the Blog